Hey Survivors! Welcome to the latest edition of the Community Crunch!  Homestead Update Tomorrow! It's finally arrived! We're beyond thrilled to be releasing Structure Pl

Amateurs. Never fails.  How about a list, or even just mention that there is a new imprinting list as well? Or the meat & vegetables etc required to make the new kibble? Instead of searc 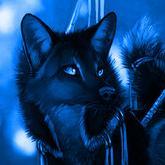 Roll the servers back to before the Homestead update. This update has made the game unplayable!!