I just wanted to take a second to thank you all for your feedback! Your opinions and suggestions are being actively paid attention to and carefully considered. That said, we are currently looking into

Jesus raptoring Christ. I agree with Crumplecorn completely. All the old kibble system does is force people to progress in a specific way each time... and I hate that. Here's the thing, if people won' 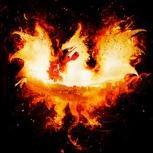 Could creatures that didn't have a kibble or kibble equivalent for taming, like Parasaurs and Scorpions, get one with the rework please?  I'd like to finally be able to get legitimate full-effectivene