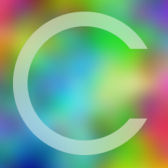 Forgot to note the stats of a creature before leveling up? This tool helps to retreive the values that matter for breeding. Now you can also save your extracted stats in a library, see which creature

Wish there was a way we could extract stats on Xbox