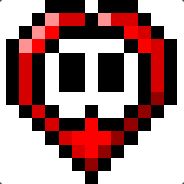 I... I really really want this to be wrong, but I have the switch version, and there are no moments on the game where the graphical fidelity stays that good for the draw distance you guys display in t

I'm starting to realize the ARK team never replies, posts or mentions anything unless it directly relates to them making more money. Disgusting company with the worst customer service of any gami

I already have a gamestop employee approve my return.  Taking this extremely bad port back as soon as possible.