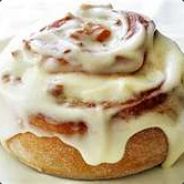 If one likes surprises then they should not be watching any content that would otherwise spoil it. Self-control is the issue here.

Yes, and while the console players have been able to play old maps, we have been totally left out in the cold. No update on when we can play, just more "hopefully today, perhaps this weekend...". If I

16 rollbacks today already it's only 4:40 pm wildcard are you serious this game a raptoring joke the devs are complete and utter Morons the studio should be sold to a company that actually give a poop