*Lands on ruined earth. *See's titan's everywhere. *Was told by ??? to "reboot" the system and notices corrupted living things everywhere. *Re-enacts the very ending of the original Pla 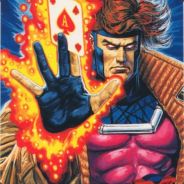 Extinction does not have a large body of water. As you can imagine, the surface of the Earth has undergone some dramatic changes, one of which is that most of the water has dried up. Sooooooooo,

Dont smoke element kids, or you get corrupted boi