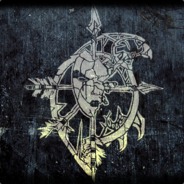 It's nice that WC is recognising raft spam as against the rules now, but are we still completely ignoring tame cap issues? Rafts aren't causing servers to cap out as fast as they are, its people holdi

Thanks xRowCat ! That are 3 awesome costumes ! Please keep doing other creatures and share them with WC ! If they could add to the game more skins like that it would be great! As a console player

The point of the mod program is to get high quality mods for Ark. They *pay* the sponsored mod authors to develop the mods as long as they are working on it and they are hitting their goals. Its alway