By PioneerPelican,
December 20, 2015 in General Discussion

I'm tempted to name my first Mosasaurus "A Bigger Boat" just so I can make the same Jaws joke every time I go into the sea for resources.

I've got a scorpion named Sub-Zero. Well, I giggled. 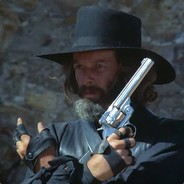 Dont know if ive posted on this thread before but, my phiomias are name: Melissa McCarthy Amy Schumer Hillary Clinton Ke$ha because all they are good for is producing crap