By Jatheish,
February 12, 2016 in Announcements 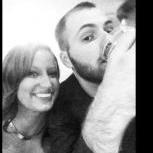 So me and a friend of my are having a game breaking issue. The survival bar on the right is cut off. I've change the UI scale. Plus my own tv's interface and still nothing. I can't leave base because

Wanted to say the devs are killing it with this game as fat as it is already n still a few months till a full release n people this $#!+ happen when creating new and exciting games be thankful there l

I can't see my hunger, thirst, torpor, health, or oxygen bar I need help please this means A lot to me