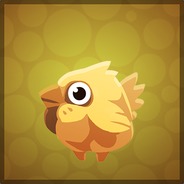 With the addition of the tek cave,  will wild gigas be getting balanced? A 250 giga with acendent saddle can't even stand up to a level 15 wild giga.  Also with the water glitch fixed, will you b