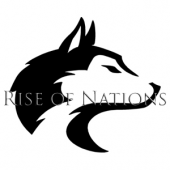 By RiseofNationsRP,
January 23, 2016 in Server Advertisements