Workshop Wednesday: Issue #1 - What is a Modder? 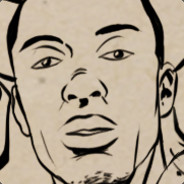 By complexminded,
April 12, 2017 in Announcements