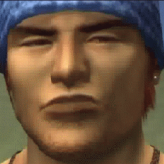 When I saw the question about shoulder mount snails I thought of having a mini-snail, and now I just want mini versions of all the dinos. Tek shrink ray anyone? Who wouldn't want a shoulder mount t-re

I have a great idea for ARK add an amber mosquito jurassic park idea for TEK tier, so you find a rare amber mosquito from spa taps, and you analyze it in the TEK replicator, and depending on the dino

Thinking about this "rare ressources system"  why dont you just implement a feature to refine Ressources into something better? kind of a upgrade crafting station or something (something that needs to