By Jatheish,
December 28, 2016 in Announcements

Can their death noise be the screaming sheep? 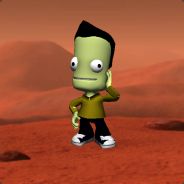 Will the lambs be silent?

Btw we didn't even know ARK was being considered for "Best use of a Farm Animal" (or any Steam Award) until Valve told us ARK had been nominated for it by the Steam Selection Committee on its own. Aft