We love you too

I'm really looking forward to this update, this ark survivor wants to tell you how grateful I am for everything you guys have done, it is an amazing game and I'm looking for to seeing what else you gu 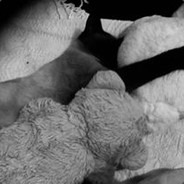 I play TheCenter and find this to be cruel... We weren't warned before hand that all our work, or our loyalty to Ark and Wildcard for that matter, would be worthless to them. We weren't told ahead of